Mazech
Home Asia More people died from suicide in Japan last month than from the...

Around the world, covid-19 pandemic has caused an increase in mental health crisis. Prolonged lockdowns, unemployment, social isolation, anxiety, and other financial concerns are taking their toll on people. The rate of suicide has increased in Japan.

Japan is one of the few major economies to publish timely suicide data — the most recent national data for the U.S, for example, is from 2018.

The island country in East Asia  has long struggled with one of the highest suicide rates in the world, but the ongoing pandemic seems to be making things worse in Japan, with more people dying in one month from suicide than from the total coronavirus deaths year to date.

A new  data from Japan showed that more people committed suicide in October than deaths from covid-19 the entire year from January to date. The number of monthly suicides in the country rose to 2,153 in October, according to the data published by Japan’s National Police Agency. Death toll from the coronavirus year to date was 2,087, the health ministry said.

“We didn’t even have a lockdown, and the impact of Covid is very minimal compared to other countries … but still we see this big increase in the number of suicides,” Michiko Ueda, an associate professor at Waseda University in Tokyo, and an expert on suicides told CNN.

“That suggests other countries might see a similar or even bigger increase in the number of suicides in the future”, he added. 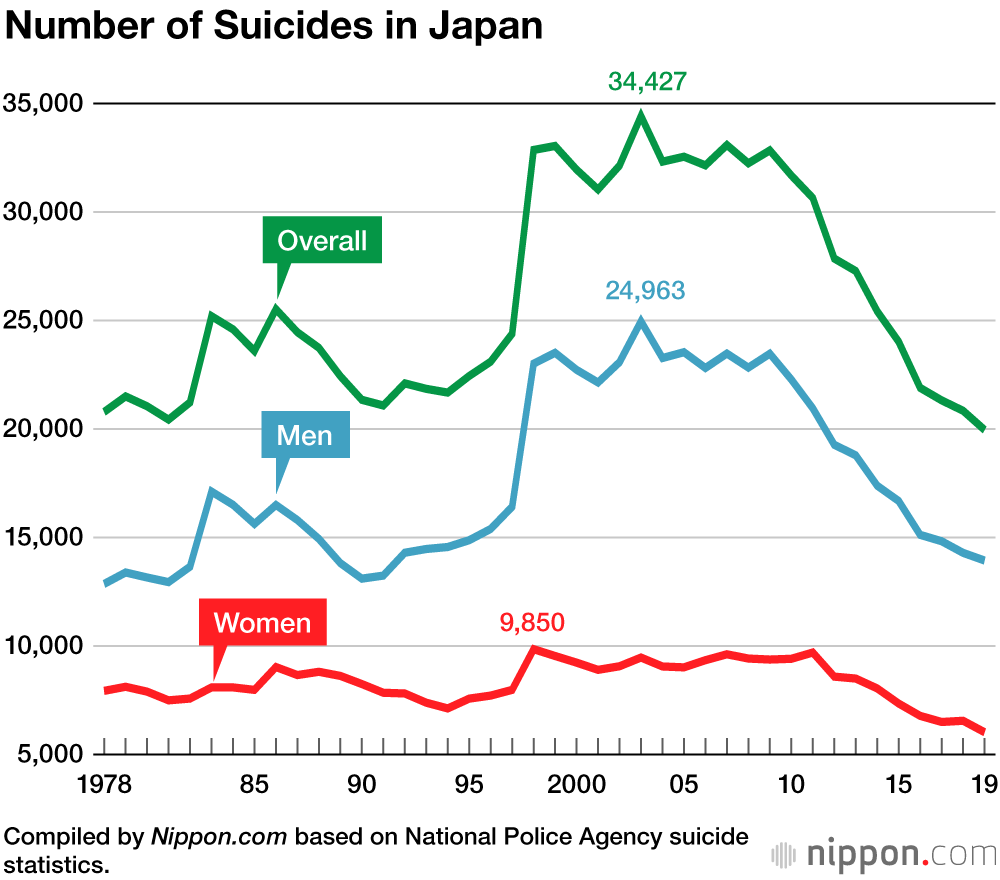 While the reasons for the high rate of suicide in Japan are complex, long working hours, school pressure, social isolation and a cultural stigma around mental health issues in the country have all been linked to the increase in suicide.

In recent weeks, coronavirus infections have surged in Japan and doctors are warning of a third wave that could intensify in the coming months. Experts worry that the high suicide rate will get worse if the situation continues.

“We haven’t even experienced the full economic consequences of the pandemic,” said Professor Ueda. “The pandemic itself can get worse, then maybe there’s a semi-lockdown again; if that happens, then the impact can be huge.”